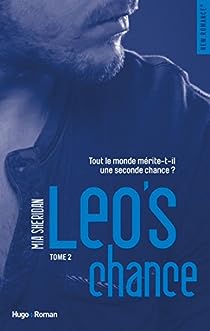 By page 2, I already wanted to cry. And I want you to wait for me. From that line on, I was hooked! It drew you right into the story and I felt totally connected to everything that happened. It was fast paced without being rushed and flowed very smoothly. It slowed down in the important parts of the scene but I loved that the story was constantly moving forward and adding more pieces to the puzzle.

It was told in back and forth flashbacks and present day…. I alternated between heart clenching during the flashbacks and swooning over the present day parts. I have to say though that I read with a complete mixture of swoon and suspicion. I had theories and it kept me guessing…. And so when the big reveal happened, I had to read it twice. The first time was just in shock call me naive but I did not see it coming! I just looooved the twist!

It explained and connected everything perfectly!

But then… hmmm once the full explanation came out, I had to think a little about how that made me feel about the character. But the more I read, the more understanding I became. Nobody is perfect. And if they get to a point where you kind of have to choose to accept them or not and there was no doubt in my eyes that I wanted to accept. That being said, I thought the steam was very well done because the story took the time to FIRST develop the connection with the characters so that by the time they got into bed, you were feeling emotionally connected to them. 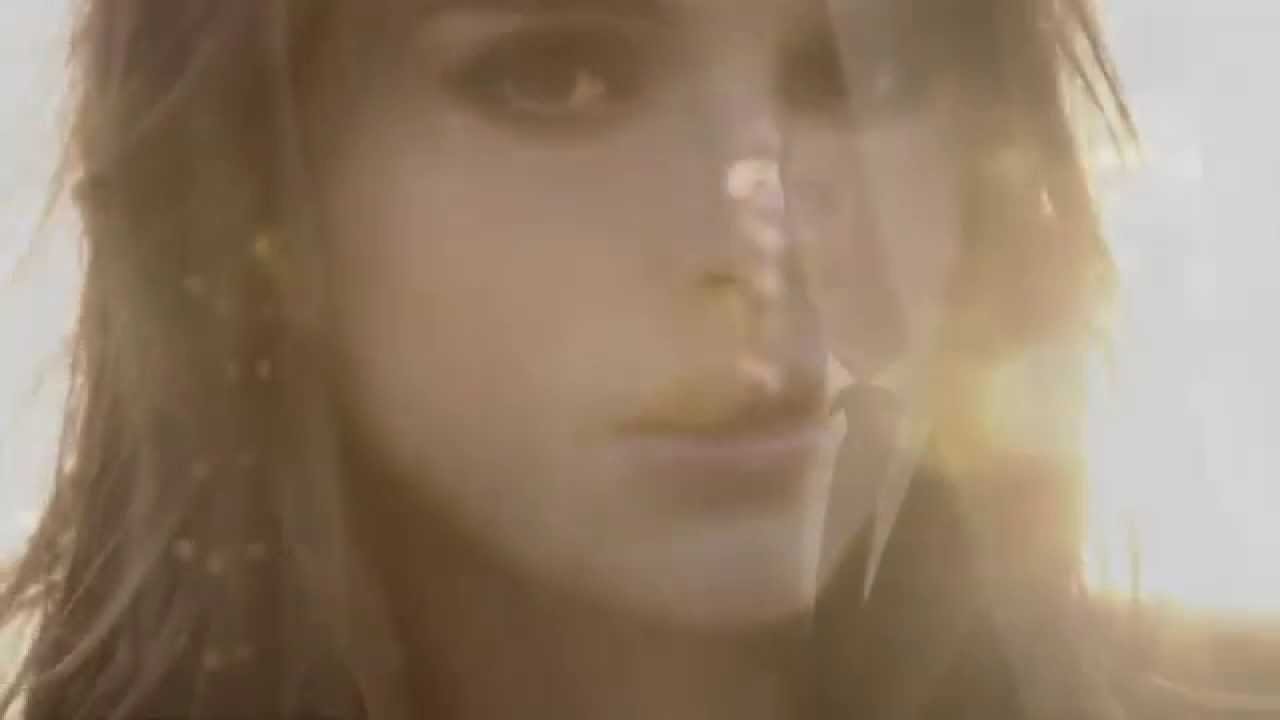 The ending is fully resolved and very swoony. No cliffhanger, guys!!! And, as a bonus, we get an absolutely gorgeous epilogue. Seriously, bless the hearts of every author who writes an epilogue.

If I could hug them all, I would. And this epilogue was particularly heart melting — it was the perfect conclusion to their story. But… I can remain steady and strong, because I believe in you.

Because you are mine. I have to believe it's some kind of case of mistaken identity. Perhaps he's a really inept P. He's not trailing me today though, which is good because I'm going to a funeral and I'd prefer not to deal with the distrac- tion.

Willow is being buried today, beautiful Willow, named after the tree with the long branches, made to sway and bend in the wind. Only Willow hadn't bent when the cold wind blew. She broke, she shattered, she said she'd had enough and stuck a needle in her arm. I met her in the first house I was sent to, after a neighbor called the police be- cause of a loud party my birth mom was hav- ing. When the police showed up, I was sitting on the couch in my pink Care Bears pajamas, a guy who smelled like tooth decay and beer had his hand up my nightgown, too wasted to move away from me quickly enough, and there were several baggies of meth on the coffee table.

My birth mom sat on the couch across from me, watching disinterestedly. I don't know if she just didn't care, or was too wasted to care. I guess in the end, it doesn't really matter. I sat unmoving as the police hauled the guy off of me. I had learned by that point that fighting was pointless. Disappearing was my best option, and if I couldn't do it in a closet or under a bed, I would disappear into my own head.

I was ten. You know, the one you keep in your kitchen for all the little odds and ends that you don't know what else to do with, that have no home? We were all the random pieces tossed there, no relationship to anything else, save for the fact that we were all miscellaneous.

A couple days after I arrived, Willow showed up. A pretty little blond pixie with haunted eyes. She didn't talk much but that first night, she climbed into my bed, settled herself between me and the wall and curled up into a little ball.

She whimpered in her sleep and begged someone to stop hurting her. I didn't have to wonder too hard about what had happened to her. I watched out for her as much as I could after that, even though she was only a year younger than I was. So I took the blame and the punish- ment for things that were her fault.

I let her sleep with me every night, telling her stories to try and soothe the demons away.

I didn't have a lot of gifts in this world but I was good at telling stories and I wove tales together for her in an effort to make sense of her night- mares. Truth be told, they were as much for me as they were for her. I was trying to un- derstand, too. Through the years, I did what I could to love that girl. Lord knows I did. But as much as I wanted to and as hard as I tried, I couldn't save Willow. I didn't think anyone could have because the sad fact was, Willow didn't want to be saved.

Early on, Willow had been taught that she was unlovable and she wove that lie into her soul until it was what she lived and breathed. A month later, an 11 year old boy showed up in our house.

A tall, skinny, angry kid named Leo who grunted yes and no an- swers to our foster parents and would barely look anyone in the eye. When he got there, he had one arm in a cast, and fading, yellow- ish bruises on his face and what looked like finger marks on his neck. It seemed like he was angry at the world and common sense told me that he had good reason for that sentiment. Leo… Leo. But I know I can't think of him.

I don't let my mind go there because it's too painful.

Of all the things I've lived through, he is the one thing I can't bear to dwell on for very long. He has a place in my past, and that's where I leave him.

I snap out of my reverie as the minis- ter signals me to the front for the eulogy. I stand behind the podium and face the group and that's when I see him, leaning against a tree several feet back from the rest of the gather- ing. I'm startled by the sight of him here.

I was sure I wasn't being followed. But how and why would he be here if he hadn't trailed me? I know for a fact I had never seen him with Willow.

I would have remembered this guy. I stare at my mystery stalker for a mo- ment, and he keeps eye contact, an unread- able expression on his face. It's the first time our eyes have met. I shake my head slightly to bring myself back to the moment and be- gin speaking.

But her name was also appropriate for her because she was very sensitive and loved very deeply and hers was a heart that could be easily broken. And although many other less evil creatures tried to love the princess, for she was very beautiful and very easy to love, the princesse's heart continued to crack until it crumbled completely, leaving the princess heartbroken forever.

But, evil creatures, no mat- ter how demented they are, never get the last word. The angels, always nearby, swooped down and carried The Glass Princess back up to heaven where they put her broken heart back together, never to be hurt again.

And it still sounded like the tinkling glass bells just as it always had. The Glass Princess was home at last. He seems frozen, his eyes still fixed on mine. I frown slightly. If I knew Willow, his presence probably isn't anything positive.

God, did she owe money to someone? Has he been following me to figure out if I'm someone he can collect from on her behalf? I frown. Surely not. I think it's pretty clear after about thirty seconds, that my financial portfolio is, um, lacking.

Sherry is a little rough and looks about ten years older than she actually is. Her hair is dyed blonde, with about an inch of dark roots mixed liberally with gray. She is baring way too much cleavage for a funeral, or for that matter, cage dancing.

Her skin is leathery and overly tanned and she is wear- ing a thick layer of makeup. Her platform, stripper shoes round out the look.

But des- pite the myriad fashion faux pas, she's a good hearted person and tried her damndest to be a friend to Willow.

She learned the same les- son I had learned though, if someone is hell bent on self destruction, there is not a lot you can do to change their mind. When I look again, mystery man is gone. I rush inside and quickly change out of my sleeveless black dress and heels and pull on the uniform I wear for my day job.

I'm a hotel housekeeper at The Hilton during the day and work part time for a catering company as a server, mostly on weekend evenings, or when I'm called. It's not glamor- ous but I do what I have to do to pay the rent. I take care of myself and I'm proud that I do. I knew that the day I turned 18, I'd be shown the door of the foster home I was liv- ing in, which both thrilled and scared me to death.

I was finally free of being a part of the system, free to make my own rules and my own destiny, but I was also more alone than I had ever been in my life, no family and no safety net to land on, not even guaranteed a roof over my head or three meals a day any- more.

I had to talk myself through my share of panic attacks. But four years later, and I'm doing just fine. I mean, depending on what your definition of just fine is? I guess it's a relative question. It's not that I don't want more for myself. I know that I tend to "play it safe" when it comes to most things, including am- bition. But I also figure I started out with enough drama and heartache to last a life- time and "safe" might be boring, but it's also something that is coveted by someone who never had any.

And so for now, I'm content. After hopping off the bus downtown, I walk quickly to the employee entrance of the large hotel and clock in just in time. I stock a housecleaning cart and make my way to the top of the hotel, beginning on the floor where the penthouse is located.

I wheel the cart in and take in the room. It seems vacated if not slightly trashed, and so I begin stripping the bed. I turn up my iPod and sing along to Rhi- anna. I smile and shake my ass as I put a fresh sheet on the king sized bed. This is one thing I do love about this job.

I can get lost in my own head, the cleaning a monotonous background activity. I pull the fresh duvet up on the bed and begin turning it down when I catch movement out of the corner of my eye and whirl around, jumping slightly and let- ting out a choked sound of surprise.

There is a man standing behind me, leaning casually in the doorway of the bedroom, with a smirk on his face.