In his own words, Buffett is just a regular guy who likes fast food, honest work, and people he can trust. Throw in incredible instincts, a genius for numbers, meticulous research, and an almost sure-fire investment philosophy, and you begin to understand how he's become a legend in his own time. With just a few thousands of dollars from relatives and friends, and by taking calculated risks with small companies and staying with them, he managed, almost single-handedly, to turn Salomon Brothers around. By thirty-one, BUffett had already made himself a millionaire, and he's worked his way steadily toward the top of the Forbes list. Here is a fascinating portrait of Warren Buffett, known for his investigating genius, his sense of humor, and his mean turn of a phrase. It's an amazing story of a man who carved his own path through American business by doing his homework, backing companies he believed in, and growing rich on their success-a story that will show you that opportunity abounds for anyone willing to go for it. He lives in New York City. 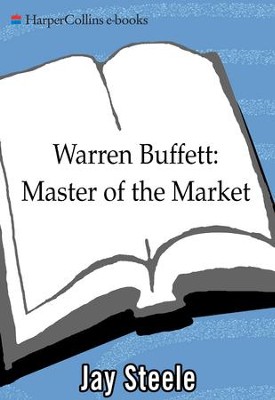 Ben Horowitz. One Up On Wall Street. Peter Lynch. Travels in the New Third World. Skin in the Game. Nassim Nicholas Taleb.

Ryan Holiday. Billion Dollar Whale. Tom Wright. The Making of Behavioral Economics. Richard H. Thinking, Fast and Slow. Daniel Kahneman. Barking Up the Wrong Tree. Eric Barker. Daniel Goleman. Anders Ericsson. This has been the case with Berkshire Hathaway since its inception. The company's managers, Warren Buffett and Charlie Munger, have their personal fortunes overwhelmingly concentrated in Berkshire shares. They do not ask their stockholders to invest with them but then put their own money elsewhere.

Nor do they try to extract large salaries or options to download shares at below market prices. Their entire attitude is: "If you suffer, we will suffer; if we prosper, so will you. And we will not break this bond by introducing compensation arrangements that give us a greater participation in the upside than the downside. Charlie Munger and I think of our shareholders as owner-partners, and ourselves as managing partners.

We do not view the company itself as the owner of our business assets, but instead view the company as a conduit through which our shareholders own the assets. CEOs must embrace stewardship as a way of life and treat their owners as partners, not patsies. It's time for CEOs to walk the walk. We can't be perfect, but we can try to be. We can afford to lose money—even a lot of money. But we can't afford to lose reputation—even a shred of reputation.

We must continue to measure every act against not only what is legal but also what we would be happy to have written on the front page of a national newspaper in an article written by an unfriendly but intelligent reporter. Our culture of conversation runs pretty deep. This is an amazingly sound place.