I am that which is, which was, and is yet to come And now this demands my attention! My first respon sibility is to those I left behind, yet I sense what unfolds below eclipses even that which cast me away. In the name of my creator, I will re-enter the void. I will seek that light which has fallen from the forges of our history.

The Thirteen would subsequently play a role in Transformers: Robots in Disguise , in which many of them inhabit a mysterious place known as the Realm of the Primes.

Here Optimus, following his sacrifice to restore Cybertron, would undergo training under the supervision of others of the Thirteen, while also making occasional contact with Bumblebee when the Primes deemed it critical. This training would eventually see Optimus sent to Earth to counter the arrival of the Fallen, receiving portions of the Sparks of six of the Thirteen to grant him additional power for the battle.

Following Megatronus' apparent destruction at the hands of Optimus and a team of Earth-based Autobots led by Bumblebee , the Thirteen would reclaim their power from him, leaving him somewhat weakened. They are featured in one of the more prominent myths regarding the creation of the planet Cybertron and its native people.

According to a religious story related by Cyclonus , the Guiding Hand were formed after the creation of the planet Cybertron when Primus the First Light stood forth on the miracle planet.

At the time, he felt a nest of sparks within him and he split his essence into five other vessels. They became a remote but nurturing presence on early Cybertron and populated it with a gesture, thus creating the Transformer race.

Under their reign came the First Golden Age of Cybertron which was shattered when Mortilus believed that the Guiding Hand should become a fist against the rest of the universe. As Mortilus stood against Primus, all of Cybertron became divided in a conflict that saw the planet shudder and its first moon being ripped asunder.

The Death-bringer was ultimately destroyed in the struggle but the conflict left the remaining members of the Guiding Hand mortally wounded. Religion says that after the god, Mortilus, warred with the others ten million years ago, the early Transformers were rendered immortal and wise, and formed the Knights.

After creating a paradise on their homeworld, they then left Cybertron to spread enlightenment throughout space. After the departure of the Knights of Cybertron, the remaining Transformers formed the Thirteen Tribes: each united under a separate Prime, a warrior-leader who built a distinct civilisation. A resulting civil war between the tribes tore the planet apart. Ten million years ago, Galvatron slew Nexus Prime after destroying his Headmasters, despite persistent rumors that a Prime could only be killed by another Prime.

Said other Primes fled the planet for other worlds, with the exception of Alpha Trion. Only Galvatron and Trion were left aware of what had happened to the Thirteen until Shockwave learned about them and sent his ores off to where he thought the twelve had gone. Some came to help while others came to oppose, but he succeeded regardless, and the multiversal streams became more firmly differentiated, greatly hampering interdimensional travel and isolating worlds such as the Axiom Nexus.

This event also caused the Thirteen's various manifestations across reality to be separated from each other, each Prime ceasing to be a multiversal singularity. Members[ edit ] In the fictional narrative of the Transformers universe, the Prime lineage began with the Thirteen Original Transformers created when the universe began by Primus to aid him in his battle against Unicron.

They went on to become the foundation of life on Cybertron. Within the multiverse in which most Transformers fiction occurs, the Thirteen are multiversal singularities—across all the different universal streams, only one incarnation of each of the Thirteen exists, moving between worlds.

Within the Aligned continuity family, which was once considered to be "separate" from the rest of the Transformers multiverse and consists of the television series Transformers: Prime and its related media, each member of the Thirteen possess a special artifact of great power that is tied to their identity and role in Primus's plan. The following nine are members of the Thirteen in all incarnations: Character name Description Prima Described as a warrior of light, and the "First Made", Prima is the first Transformer created by Primus, is the original holder of the Matrix of Leadership, and wields a legendary sword called the Star Saber.

He first appeared in the Marvel Transformers comic books in In the Aligned continuity Prima is the leader-albeit unelected-of the Thirteen, and continued to defend Cybertron even after the group separated. While a dedicated and highly competent leader, he was portrayed in the Prime continuity as extremely orthodox and paranoid.

Consequentially, he was highly suspicious of several of his fellow Primes. After the War of the Primes, he continued to protect and guide the new inhabitants of Cybertron, but disappeared after the Cataclysm. Vector Prime The guardian of time and space, and interdimensional traveler.

He wields a sword named "Rhisling", and is able to travel across time and between dimensions. He first appeared in the animated television series Transformers: Cybertron in His artifact in the Aligned continuity is the Blades of Time, by which he traveled to a pocket dimension in order to escape the turmoil of the main universe. Solus Prime The only female member of the Original Thirteen.

She is a weapon-smith who crafted many of the groups weapons, and wields a mystical hammer called the Forge of Solus Prime, which is capable of crafting weaponry and Transformer body components from basic machinery. While Solus' only appearance in fiction as of is in Transformers: Exiles, the Forge features prominently in the second and third seasons of Transformers: Prime. The Covenant of Primus stated that she was accidentally killed by Megatronus, with whom she had shared a romantic relationship, while Robots in Disguise indicates that he intentionally murdered her.

In the movie continuity, he murdered his fellow Primes before being imprisoned in another dimension. His artifact is the Chimera Stone, which he used to increase the abilities of his fellow Primes a nod to the power of Mini-Cons in Transformers Armada.

He was one of four Primes whose talents leaned more towards tactics than battle-his comrades in this group consisted of Alpha Trion, the Liege Maximo, and Quintus Prime. He would subsequently appear in Robots in Disguise as one of Optimus Prime's trainers, displaying a somewhat arrogant attitude while still attempting to help prepare Optimus for future challenges.

Alchemist Prime Known as "the Elemental", his artifact was the Lenses, which was built into his optic sensors. As of , Alchemist Prime has not appeared in any Transformers toy line or fiction, and all that is known about the character is detailed in Transformers: Exiles.

In the novel, Alpha Trion reveals he and Alchemist oversaw the development of early civilization on Cybertron, but Alchemist eventually left the planet to track down Liege Maximo for his crimes. However, The Covenant of Primus indicates that Maximo perished on Cybertron, thus leaving any purpose Alchemist had in departing Cybertron unknown. Transformers: Timelines features a version of Alchemist Prime who resembles Maccadam, indicating that they may be the same being.

Nexus Prime The First Combiner, capable of separating his body into several smaller Transformers which can function individually from each other. He first appeared in the Fun Publications Transformers comic books in , and later appeared as a major character in Transformers: Exiles.

The former story saw his components separated across various reality before reuniting and regaining their memory of their nature as a Prime before setting out to secure the dimensions of the multiverse by recovering the Star Saber and Terminus Blade. The latter saw his components scattered from Cybertron to various colony worlds before reuniting to aid the Autobots against the Decepticons and Star Seekers. His artifact is the Triptych Mask, which he would later use to give form to new Transformers as they emerged from the Well of All Sparks.

Onyx entered the Well permanently after being mortally wounded during the War of the Primes, and was kept alive by the presence of Primus' Spark. In doing so, he was able to use his powers to create new life on Cybertron. The IDW continuity saw him become closer in character to the Aligned version of Predaking , who really is Shockwave ruling over an army of bestial Transformers.

Liege Maximo Also known as "the Manipulator", he was considered to be the ultimate evil and a natural counterforce to the heroic Prima, Liege Maximo plotted against the Thirteen and tried to overthrow them, but he failed and was cast out. He first appeared in Marvel's Transformers: Generation 2 comic books in , in which he was the original Decepticon. In the Prime continuity, he is stated to be charismatic, manipulative, and was able to convince others in various ways into agreeing with his line of thought.

In the Prime continuity, there are conflicting stories as to his demise: the Covenant of Primus indicates that he died during the War of the Primes on Cybertron, while Exiles indicates that he fled into space and was eventually hunted down and imprisoned by Alchemist Prime. Megatronus Described as the guardian of entropy and a warrior of darkness.

Like Liege Maximo, there are conflicting accounts in the Prime continuity with Exiles stating that Megatronus was cast out of the group after murdering Solus Prime, and afterwards was referred to as "The Fallen". Meanwhile, in the Covenant of Primus, he is portrayed as an arrogant and misunderstood warrior who was secretly ashamed of his inner nature and exiled himself while adopting his new name in penance for the unintended death of his beloved, Solus Prime.

The Aligned animated series Robots in Disguise more closely followed the Exiles story, and featured him being banished to an alternate universe that led to him seeking escape and revenge on both Earth and Cybertron. In this series he dubs himself "The First Decepticon" and claims to have been empowered by some unknown party or force even mightier than his former comrades.

The Fallen first appeared in the Dreamwave comic book series Transformers: The War Within in , and later appeared as the primary villain in the film Transformers: Revenge of the Fallen. His artifact was the Requiem Blaster , but he was known for possessing a considerable arsenal. Alpha Trion An archivist who writes down historic and future events in a book called the Covenant of Primus with the Quill. 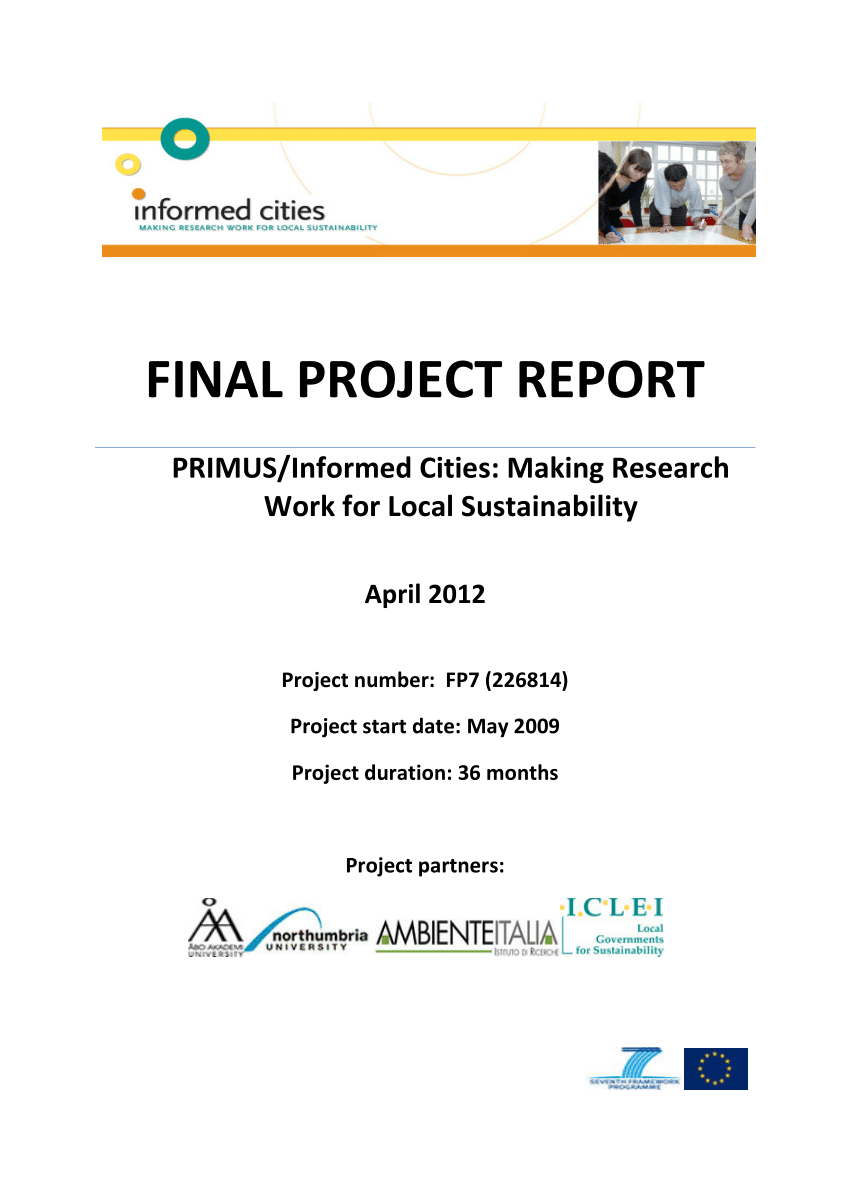 He first appeared in the second season of The Transformers in , and for many years was portrayed merely as a wise and elderly Autobot with no connection to the Thirteen. This was until Hasbro retroactively made him a member in , for the Aligned Continuity.

Amalgamous Prime Known as "the Shape-shifter", since he is the first Shifter, a rare type of Transformer able to transform into anything, notably into perfect duplicates of other Transformers. His artifact is the Transformation Cog, which later T-Cogs would be modeled after.

Unfortunately, it is believed that his creations destroyed him after he ceased to be of use to them. WordPress Shortcode. Published in: Full Name Comment goes here.

Are you sure you want to Yes No. Be the first to like this. No Downloads. Clipping is a handy way to collect important slides you want to go back to later. Now customize the name of a clipboard to store your clips.