Especially not Jena, an orphaned ex-slave who's finally found a safe haven with her master and mentor, the Great Mage Thornal. When royal assassins murder Thornal while trying to steal his powerful Book of Spells, Jena vows revenge on the man responsible-Prince Lothar, the next king of Ignisia. It's a dangerous quest that will likely mean her life, but Jena has help in the form of her master's familiar, an enormous raven, and also her own-completely forbidden-mage skills. If she can keep her secrets hidden, she might just get close enough to Lothar to obtain justice for Thornal's death. Meanwhile failed mage Nate is a salt collector in the notoriously dangerous volcano mines, using his unique ability to call demons to keep himself alive. He emerges from his latest run to find everyone at the outpost dead, and royal assassins waiting to finish him off.

The books themselves cannot be read individually as there isn't a complete or satisfying narrative to be found in any individual volume; the "action" picks up almost directly I usually don't bother writing reviews but I figured this series, from a usually solid writer, was disappointing enough that it warranted a little warning to future readers.

The books themselves cannot be read individually as there isn't a complete or satisfying narrative to be found in any individual volume; the "action" picks up almost directly where the reader was left at the end of the last, which becomes quite annoying since Hobb then spends pages doing exposition on the last book.

This is tedious for the reader going through the whole series in one go, and read individually is a bit too much of an info dump all at once, really stopping any amount of flow. More time could have been spent demonstrating more of what Plainsmen magic is like, what the Plans cultures are like, and how the Gernian expansion has affected them, but it's a minor point. Any American reader will immediately have a mental reference for this story.

Non-Americans might not have the same historical antecedents to fill in the gaps, but it's not essential.

More disappointing is the plot and main character. I've noticed in Hobb's previous writings that she has a tendency to use that High Fantasy trope of Fate or Destiny a bit too much, and often uses some assumedly benign driving force to move her characters along. In the case of Nevarre Burvelle, main character and horribly uninteresting person, that power is the Magic.

The Magic never even drops a single hint as to how this is to be accomplished, and the main character, who would really like to be an officer in the King's army, isn't even aware that he is supposed to do anything until halfway through the 2nd book. It is made rather obvious by the author that Nevarre has a destiny with a capital D, but the character has been made purposefully dense to the point that he can actually perform magic and then actively pretend to himself that it didn't happen.

Watching this as a reader is horribly frustrating because I become very bored waiting for a character to catch up to the plot, and Hobb manages to do this for the entire 3 book series. Nevarre never really takes hold of his decisions and character arc, and the few times he does, the deus ex machina of The Magic makes sure that whatever he does creates horrible and sometimes obvious consequences for every person around him. He has no agency, and since the story is told through his and only his perspective the reader is left with a feeling of being constantly lead to a destination that is easily seen on the horizon.

I would point out as well that the main reason for conflict between the Gernian expansion and the Specks the mountain tribe that does not want the road built , is boilerplate and unoriginal. It's a dead on copy of the Piggy dilemma from Card's Ender series, and handled no better than he did. The reader is never really clued in on why this is such a bad thing; killing these trees is obviously bad to the Speck, but for all their claims that they need the spirits of these ancestors to live, the characters rarely if ever shown to be useful to the tribe.

He looked every one of his hundreds of years tonight; long grey hair fell around his shoulders and his mage robes hung off his tall, spare frame. A long-healed scar ran down one side of his right cheek, making his lined face look even more gaunt. It made her feel she hadn't been looking after him properly. Thornal ignored her words. Exact quantity.

Jena didn't hesitate. Three pinches. He didn't check the ancient book; he already knew she was accurate. Every page was burned into her mind; she had seen every spell; often casting them herself. Thornal had insisted, despite the ancient laws. Jena glared at him, but put down her stew to do as she was bid. He'd tell her soon enough what was happening.

The raven flew ahead of her and watched with fierce eyes from his perch as she searched for the powdered horseradish. Bottles, vials, books, and drying herbs cluttered every surface. It was a wonder that Thornal could ever find anything in this mess. There was a layer of dust in some areas thick enough to plant next season's vegetables. But she was never allowed to clean it.

At last, she found the horseradish under a pile of cut leather, and gathered a spoonful.

The raven cawed in approval and flew to land on Jena's right shoulder, grappling with the materials of her shirt and woolen wrap. Away with you, Raven. You know better. The bird stepped daintily out onto her forearm, bobbing its head.

Its claws still dug in, but the burn scars on her arms were less sensitive to the pressure than the flame-warped skin on her right shoulder. The raven tipped its head to the side, leaning into the caress.

Jena smiled; a quick lopsided motion that disappeared as soon as the burned skin on her right cheek tightened against the curve of her mouth. She didn't like smiling; it reminded her of things she'd rather forget.

The sleek bird jumped off her arm onto the table, its sharp claws tap-tap-tapping on the wooden surface. 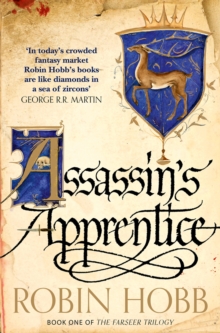 It began to eat, pecking bits of vegetable and meat out of the gravy. Jena went back into the main room where Thornal waited. Horseradish root. His eyes glittered up at her for a moment, before he turned his attention to the powder. Thornal took three delicate pinches and dropped them into another small leather pouch at his side. He closed his eyes and drew on the earth's energy to seal the spell inside the bag.

Jena's breath hitched. Why was he making the fire spell?

Now eat up. You'll need the energy later. Jena frowned, ignoring the compliment. I've just been hunting; we've enough for days. Winter was closing in on them; the nights were getting short and cold, despite the heat of the days.

She wasn't going out in that weather again tonight. Not yet. He was up to something. 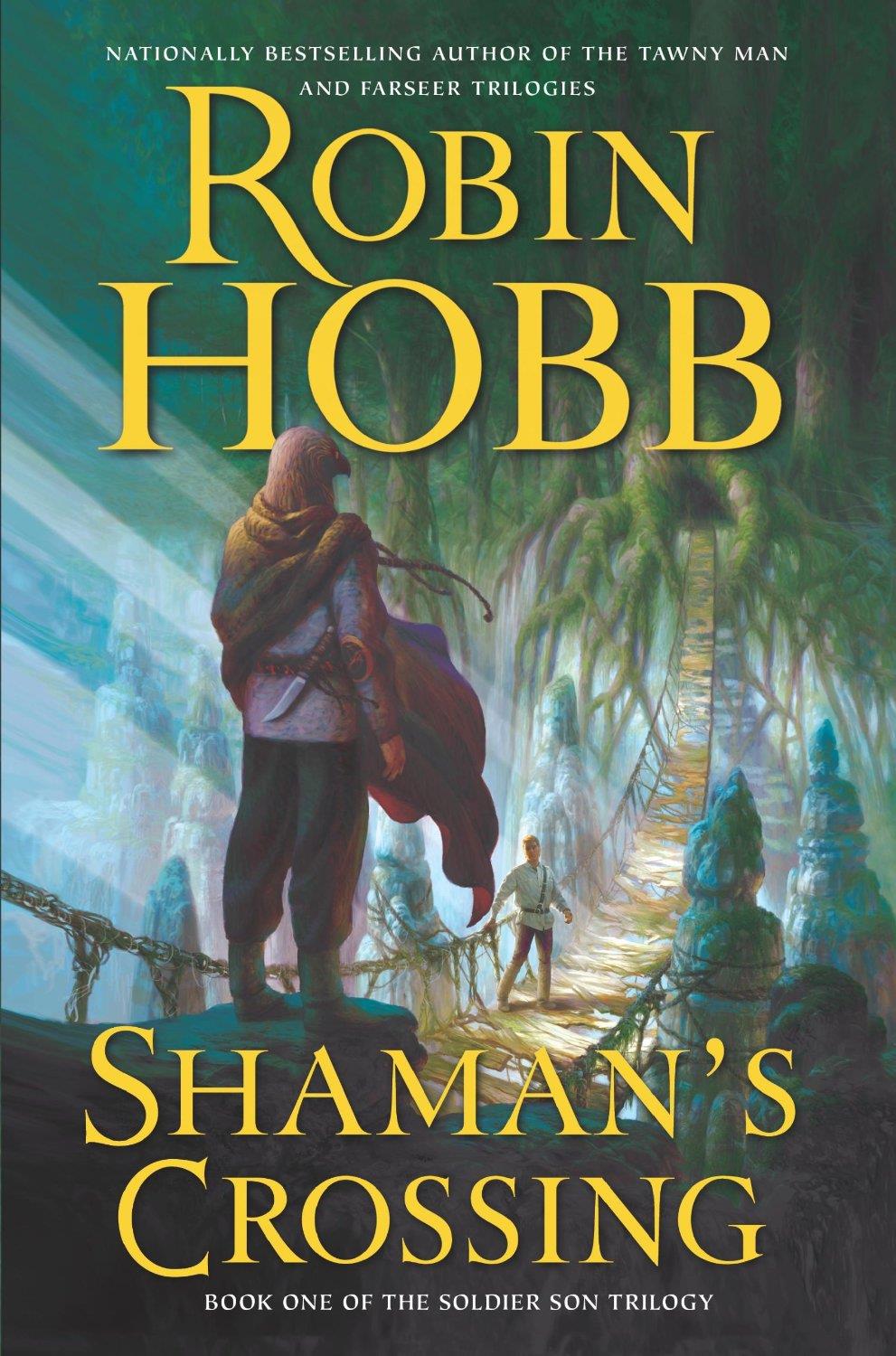 She knew it, but she couldn't figure out what it was. He remained silent throughout the rest of the meal, and soon Jena had wiped up the last of her stew with her bread. Out of the corner of her eye, she could see the small leather pouch with the explosion spell sitting on the small table.

With a sigh, she took their empty bowls to the kitchen. The oversized raven clicked about on the table and cawed at her, its beady eyes watching as she cleaned their plates, as if it, too, knew something was up. Then it abruptly opened its wings, sending a draft of air across the room. It flew back to its master. Jena poured hot water from the fire-kettle into their mugs, then carried a slice of poppy seed cake and hot chamomile tea into the room for Thornal.

He was staring into the fire and didn't even glance in her direction. Putting the mug and cake next to the horseradish on the small table, Jena sat down while trying to determine what was so fascinating about the leaping fire. He wasn't praying to the Flames; it looked like he was meditating. The flames played tricks with the light and at first Jena didn't notice the shadow behind her master's chair.

Then the darkness moved forward, placing an elaborately decorated knife at Thornal's throat. Instinct jerked her forward, only to be pulled back by rough hands behind her. The feeling of someone touching her skin made her insides crawl, and she struggled wildly until she felt a sharp knife-edge pierce the scars on her neck.

She stilled immediately. Jena tried to look around but the rough hands behind her tightened. Her heart was beating frantically.

She managed a deep breath that calmed her thoughts enough to hear the first man speak. Jena stared at the intruder who had spoken, trying to take in every detail. As Thornal liked to say, it was always in the details.